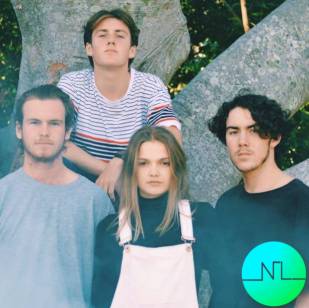 2015 has been a pretty big year for upcoming Gold Coast indie-pop quartet Ivey.
The band shot into the public’s attention through their song ‘Cascade’ being the first song played during triple j’s unearthed high campaign.

Since then, the band have grown their fanbase, released an EP, had the video for their song ‘Smell of Smoke’ added to rotation on Rage, supported The Delta Riggs, and are set out to support Art of Sleeping tonight (Friday the 4th Dec) & The Belligerents tomorrow night (Saturday, the 5th Dec).
I caught up with Lachie, guitarist & vocalist of the band, just to check in with them before these vital shows.