Thrash-rock outfit Batz emerge from Melbourne’s thriving after-dark underground music scene. Having formed in the early months of 2015, Batz have crafted their sound into one of the most progressive post-punk offerings in the current Australian music landscape.

Fronted by Christina Aubury on vocals and Dali Platt on keys, the remaining members include Josh, Jakob and Jim of fellow Melbourne outfit The Cherry Dolls. The quintet has confidently dominated the Melbourne scene, and the Batz are now set to spread their wings and fly out of the cave with their biggest release to date, debut EP Night Terrors.

A four-song offering of which work commenced in early 2016, Night Terrors has found inspiration from living in the early hours in Melbourne’s late night life, when the night is at its darkest.

Showcasing a blend of individual styles and ideas coming together, all five members were involved when putting Night Terrors together, with frontwoman Christina explaining; “Every song contains little bits and pieces of all members of Batz individually, we find it works best to include everyone in the creative process”. 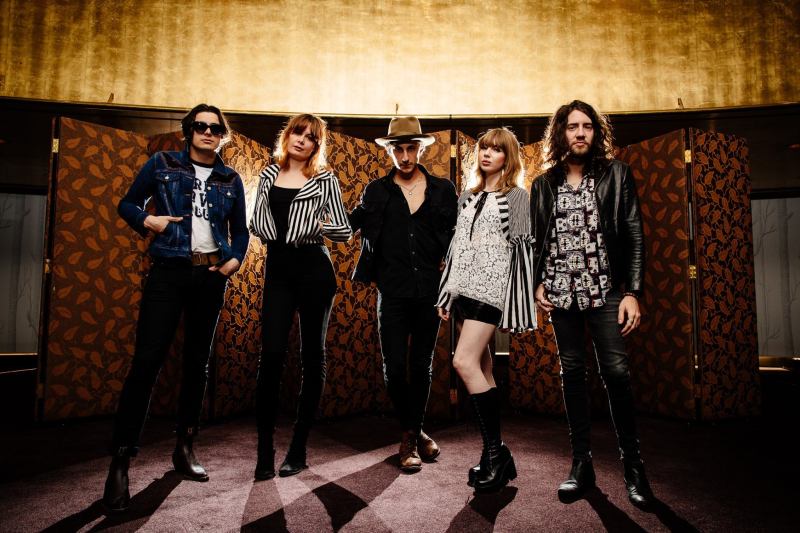 Most of the tracks on the EP are a mix of DIY recording at home, and being mixed by the very capable, professional hands of Alexander Markwell of The Delta Riggs.

Having recently played their first show outside of Melbourne as a part of Queensland’s Maroochy Music and Visual Arts Festival just last month, Batz have also been announced as finalists in The Bank of Melbourne’s Melbourne Music Bank competition.
Upon the release of Night Terrors, Batz plan to embark on their first ever headline tour up the East-Coast of Australia towards the end of 2016.

“Batz’ ‘Night Terrors’ is pure class, grit and raw emotion. Ridiculously impressive for a debut, I would 110% recommend giving it a listen – which you can do, below” – Semplesize

This fuzz-lovin’, hard-rockin’ band may have only come together in early 2015 but, as is obvious from the songs contained on Night Terrors, this is no group of amateurs” – themusic.com.au

The Yeah Yeah Yeah’s, The B52’s, The Cramps, Divinyls, Blondie.