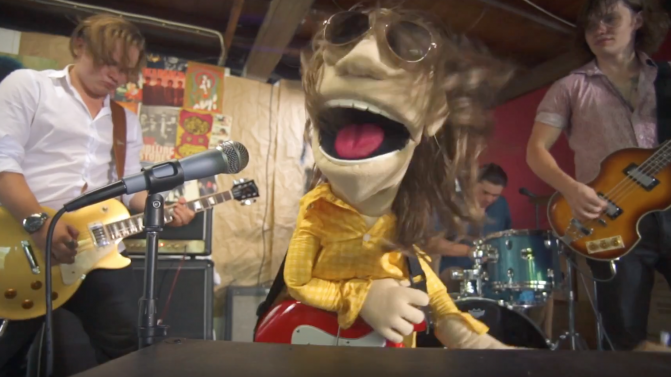 Premiered this week via Music Feeds, Brisbane rockers Port Royal have dropped their much anticipated debut music video, for newest single ‘Get Heavy’.

For the clip, Port Royal have done away with their otherwise charismatic frontman Lawson Doyle in favour of his puppet doppelganger, the exuberant puppet rockstar fronting the band in a high-octane performance of the rollicking tune that takes its cues from Rolling Stones-esque ’70s rock and roll.

According to (human) Lawson, ‘Get Heavy’ was inspired “by the frustrations and experiences of adolescence: no money, late nights, broken hearts, and substance experimentation. Many of the verse lyrics refer to insane situations and stories from different people in my life, and was written at a time where I began to understand the chaos and confusion of growing up.”

Port Royal will launch ‘Get Heavy’ at Brisbane’s Woolly Mammoth on May 13th. It is not yet known whether human Lawson or puppet Lawson will take the stage.