After a stellar 2016, Melbourne rockers The Cherry Dolls are back at it again with a brand new single, titled Blister. 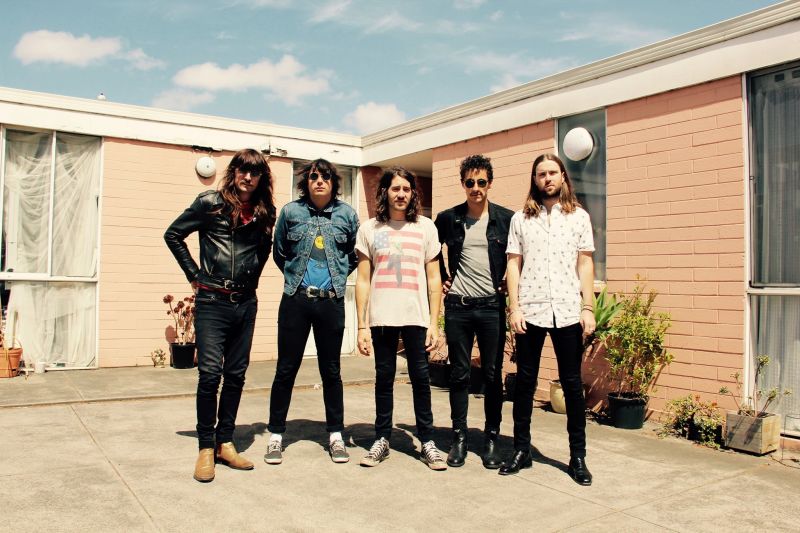 Off the back of their acclaimed Lone Palm EP Tour on the back-end of 2016, The Cherry Dolls are once again shaping up to bring their stellar live set all across the country  in celebration of their upcoming debut album ‘Viva Los Dolls‘.

‘Blister‘ is our first official first taste from ‘Viva Los Dolls‘. Taking an entirely new direction sonically compared to previous offerings, Blister finds itself in a realm of sensitivity, displaying a version of The Cherry Dolls that is rarely shown to the world. Compared to the lovable larikinism that most of the band’s music emulates, it’s almost as if Blister is a breath of fresh air and realism.
Temporarily detouring from their garage rock odes to instead pursue a ballad, it’s as if they’ve all come down from their wild night on the town and you now find yourself having a real, down to earth chat with them.

On the topic of Blister, frontman Josh Aubry states;

The song itself is about the passing of a dearly beloved friend, and how certain things don’t quite make sense until something insignificant happens and the reality of the bigger picture sinks in.

The Cherry Dolls on Social Media: